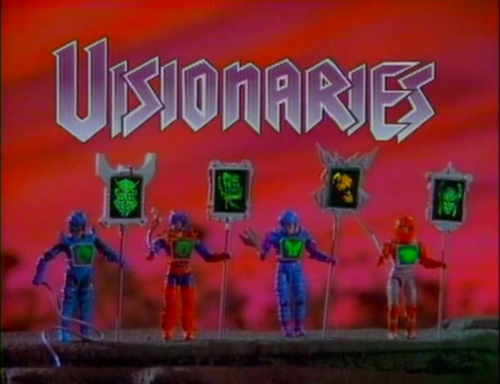 Much like other Hasbro Inc brand of the 1980s the Visionaries action figures had a series of TV Adverts, or TV Spots, created to promote the toyline. The spots were produced by global advertising agency Griffin-Bacal who were as subsidiary of Sunbow Productions until they merged with Moss Dragoti in 2001.

Hasbro Inc. were one of Griffin-Bacal's first clients and are best known for producing the toy adverts for the Hasbro franchises G.I. Joe: Real American Hero and Transformers. As Hasbro Inc's client, Griffin-Bacal also shot the spots for most of their other brands, and worked closely with Hasbro Inc and Sunbow Productions on the supporting TV series to go with which ever line they would be shooting spots for. Griffin-Bacal mainly show from studios based in Amsterdam and Arizona, though some of their latter TV spots were shot in studios in Vancouver. The Amsterdam studio was used as the primary location for the more successful brands, whilst those with lower advertising budgets were shot in the US studios. Visionaries was one of the lesser brands as their advertising budget was affected by licensing costs.

We had the pleasure of speaking with former GB employee Robert Rundbaken who worked on most, if not all, of the Hasbro Boys Toys properties including Visionaries, Inhumanoids, G.I. Joe and Transformers. Mr Rundbaken remembers the Visionaries line dying out quickly and that it had a lower budget than Inhumanoids which was supported more strongly within Hasbro Inc at the time. Robert informed us that he remembers that they experimented with various techniques to try to highlight the holograms on the Visionaries figures which added to the difficulty with shooting the figures. 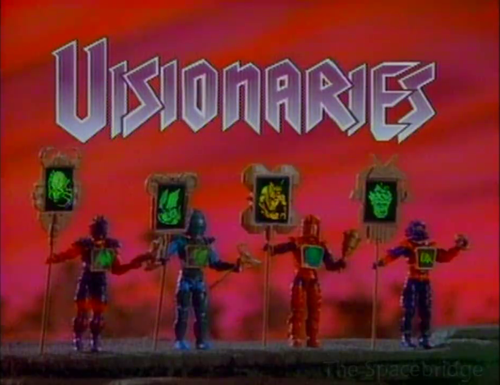 So far we are aware of four Visionaries TV spots that were produced for the US market. You can watch those videos below using the YouTube plugin

The first TV Spot which we have dubbed as Coming Soon was, as the name suggests, put out to promote the release of the upcoming Visionaries toyline. Note that the advertisement makes direct reference to the Transformers brand as a hook to encourage kids to get interested in the line. Notice that the figures used in the adverts are the prototypes, this is most obvious by Cindarr's helmet and Leorics whip, both of which are the pre-production versions.

The 2nd TV Spot was a general promotion for the Visionaries line of figures which, at this point in time, were available on the shelves. If you look closely you will notice that these are the prototype vehicles. The Lancer cycle is made from a greyer plastic than the final production release.

Dedicated TV spots were produced to highlight the vehicles from the Visionaries toyline. This spot focuses on the two smaller vehicles, the Lancer Cycle and the Sky Claw.

The final TV spots is for the two larger vehicles, the Capture Chariot and the Dagger Assault.

If you have access to additional TV spots and/or the non-US commercials, we would be glad to hear from you. You can contact us via our Facebook page, on Twitter @transformertoys or by emailing us at transformers@transformertoys.co.uk.

Thanks to Paul "Space-Bridges" Hitchens for letting us use stills from his HD copy of the Visionaries TV Spot. You can check out Paul's Transformers page over on Facebook where he is sharing lots of pre-production Transformers material.

Thanks to Robert Rundbaken for the information on Griffin-Bacal. You can find out more about Robert's work over on our Transformers website Transformers At The Moon. 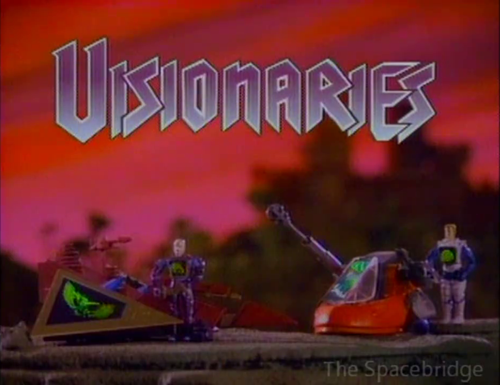