So, issue three of Visionaries has come and gone, and unlike the previous two issues we didn’t purchase this issue on the day of release. This wasn’t down to being uninterested through, we were simply too busy on the day of release to get the comic. This is the mid-story issue for the five issue limited series, so let’s crack on.

Picking up from issue two Virulina is seen recruiting more Prysmosians and Visionaries to her cause. Include are three Spectral Knights (Cryotek, Feryl and Craggor (a series two character) along with Braxe (a series two Darkling Lord). The issue also debuts Mortdredd (though you will be forgiven if you mistake him for Lexor, as their designs are very similar).

During the same seen there are a few other Spectral Knights (coloured in blue) who are drawn from the back (and front from a distance). These include Reekon (though as a Spectral Knight), what appears to be Hydron (long blonde haired male), an unknown blonde female (totem not shown), brunette unknown (probably female) with an unclear totem (next to Reekon) and an unknown male with green hair and a mask (totem not clear).

Cryotek shocks the other Spectral Knights by swearing allegiance to Virulina, whilst Mortdredd sneaks off to join Leoric (fearing that his fate with Virulina is a certain death).

Over in his lab, Wheeljack comes up with a startling discovery, a temporary cure for the rust virus. Shortly after Galadria, Ectar, Arzon and Witterquick join Leoric, Mortdredd and the Autobots. Leoric and Ironhide come up with a plan to infiltrate New Prysmos and assassinate Virulina. Arzon, Witterquick and a reluctant Mortdredd are chosen for this mission.

As the three would-be-heroes sneak through the sewers Virulina demonstrates another magical power, the control of machines … in this case an imprisoned Waspinator.

Mortdredd leads a very wary Witterquick, and slightly more trusting Arzon, just as a masked Darkling Lord arrives. Witterquick quickly attacks his foe only for Arzon to discover that it was Feryl, a friend who they had previously left behind (in events which happened before issue 1).

The three decide to split up and it isn’t long until Arzon comes across Cryotek. The two fights until they are interrupted by Virulina riding her new chariot, Thrustinator (the TFCC recolour of the Beast Wars II Dirge-gun toy), which has Witterquick in its mouth. 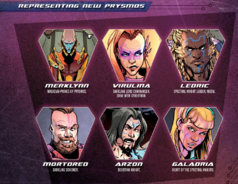 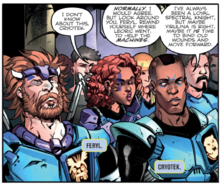 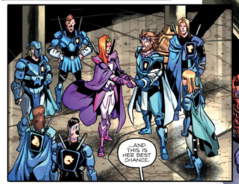 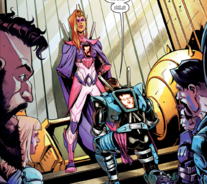 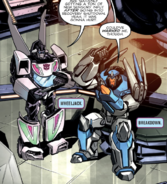 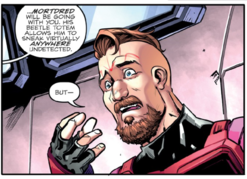 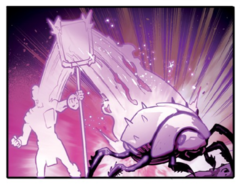 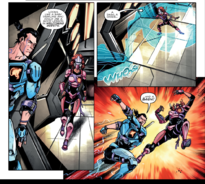