After the events of last issue, where Arzon, Witterquick and Mortdred were captured by Virulina, this issue starts with Wheeljack and Breakdown fitting a bomb into Quickswitch. The bomb carriers the inoculation which Wheeljack plans on detonating at the core of Cybertron to make the Cybertronians immune to the rust caused by the Visionaries magic.

The scene jumps to the top of a tower where Merklynn explains the history of the beliefs of the Visionaries. Their religion is based on a primal consciousness called Heskedor (we'll cover that later), who is said to have created the universe by using her own body. Her heart was converted into the Arcana Vast, the power source of the Visionaries magic.

There is an interested scene where the Dagger Assault and the Sky Claw are shown, which is a nice touch. There actually look really close to some of the original stock images of these vehicles.

Merklynn explains to Arzon why he has acted as he has. That the Prysmosians abandoned their faith when they changed from their mystical heritage to using vehicles. He saw this as a degradation of their society. At first Arzon does not believe Merklynn's stories of their culture abandoning magic, but Merklynn continues to explain what happened and why he has partnered with Virulina. He explains that Virulina is just a stop gap for him, to unite the Prysmosians against the Transformers to restore Prysmos, after which he wants Arzon to take control and lead the Prysmosians.

Back with Virulina, she tests Cryotek's allegiance by attacking him, hoping to see the killer instinct which she is after. Cryotel's mace is now more of a club design than then flail design from the 80s.

The scene jumps again back to Leoric and the Autobots as we find out that the Totem Shields on the Visionaries chests are also used as communication devices. Cryotek gets in contact with Leoric and apologises for his actions. He also informs Leoric of Virulina's plans to kill Witterquick and Mortdred.

As Wheeljack goes to activate the bomb Arzon turns up with Cravex and Lexor (all in battle armour). Arzon has joined the Darkling Lords, he captures Ectar and the issue ends as he destroys the bomb. 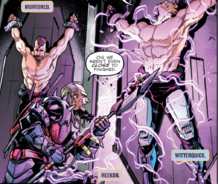 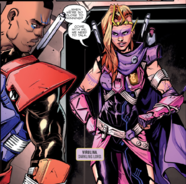 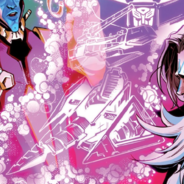 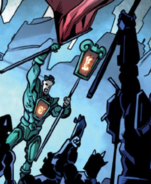 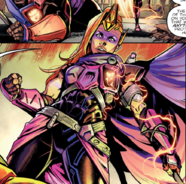 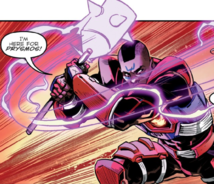 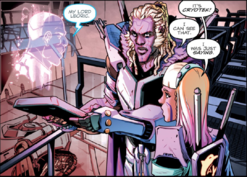 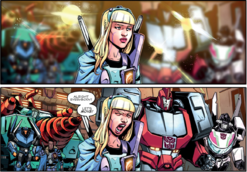 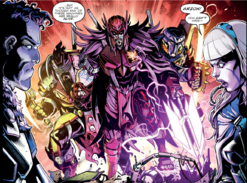 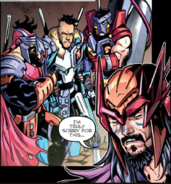