Visionaries Reborn, what is it?

Visionaries Reborn is the name of the pitch that was created by Abrams Gentile Entertainment Incorporated around 2009 - 2010 and sent out various companies as they looked to relaunch the Visionaries brand.

Visionaries Reborn pitched a new Visionaries property aimed at a 3D Movie release or a TV / Web series. AGE Inc.’s hope would be a live action movie franchise along the lines of Transformers, G.I.Joe and Lord Of The Rings. In fact the company has been pushing for a return of Visionaries since the days of the X-Men and Lord of the Rings trilogies, around 2001. The pitch outlines a base setting of the Visionaries universe as well as talking about how the property is ready made for a new generation of fans using the latest in technology.

AGE Inc. decided to option the rights to the brand back to Hasbro Inc. in 2010. This led to Hasbro filing for new Trademark Applications with the USPTO (the United States Patent and Trademark Office) as well as international Trademark bodies.

At the time (2010) Hasbro Inc. had a dedicated IP team lead by Aaron Archer who started to work on developing the Visionaries property along with other 1980s lines in what would ultimately lead to the SDCC 2011 comic Unit:E. As history now tells us, Visionaries were not included in the Unit:E comic. Whether this was due to the terms of the license from AGE Inc., due to the status of the development or some other reason we do not know at the time of this articles publication. What we do know however is that both Hasbro IP employee Jack Siegel and contractor Emiliano Santalucia both worked on concepts for the brand though NDAs are in place covering the work so whether the material or information will be able to be made public or just shared with us, we do not know at this stage.

The Hasbro Inc. IP team has since been disbanded with many members leaving the company. Fortunately this was not the end of the Visionaries Reborn project as work continued both from Hasbro Inc. and from AGE Inc.

The trademark applications were picked up by our Transformers website where you can still view the applications.

The public announcement of Visionaries Reborn went pretty much unnoticed by the wider world when it was made via one of the AGE Websites in mid-2013. We actually missed it ourselves until later. The announcement was very low key and was made in the form of an update to the websites homepage. We have taken a screen capture of the website which you can view below along with a high-resolution copy within the images section at the end of this article. 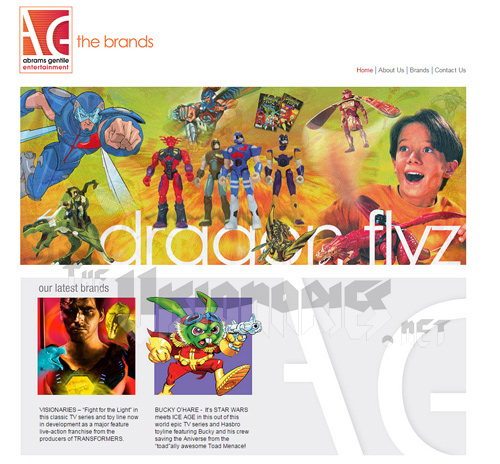 In 2013 the Hasbro Customer Service website accidently started to publish listings for Toys and Toylines which Hasbro Inc. had not officially announced. Included within these leaks were listings of Visionaries figures using the original character names. This led to speculation that a toyline was imminently. Obviously this was not actually the case, however we believe that the entries did relate to both the trademark applications and the Visionaries Reborn project since we know that work was underway and AGE Inc. had announced the project by this point.

As well as the work that Hasbro Inc. performed in 2010-2011, which we believe has since been dropped (TBC), AGE Inc. employed the services of some external contractors as well as internal employees to help visualise the new concept of Visionaries in the 21st century. In 2013 Kinnect Underground, and in particular David Forrest, was bought on-board with the project where he worked as on the Production Design and Brand Development of the Visionaries brand. David has an impressive portfolio of work which includes the opening sequence to the 2014 Teenage Mutant Ninja Turtles live action movie. Below you will find one of the pieces of concept art David produced for the Visionaries brand. 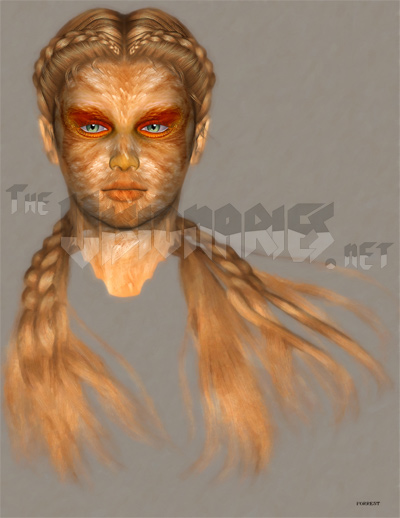 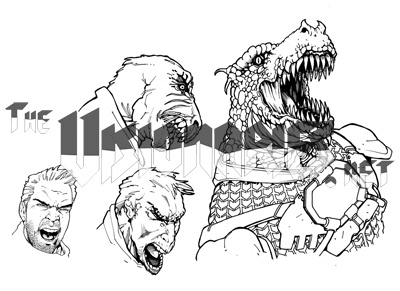 On the 30th November 2014 Hasbro Inc. filed for a new trademark application with the USPTO for the mark "DARKLING LORDS". This was the first new Visionaries application from Hasbro and came at the same time as Hasbro filing for M.A.S.K related trademarks. From the conversations we have had with individuals and organisations relating to Visionaries it is clear that Hasbro Inc. are actively working on re-developing some core 1980s brand but they do not want to rush their release. Hasbro believe that if they spend more working with the concepts, that they can release a product which is more likely to sell and thus become another big franchise for the company rather than looking for short-term experiments. As such, whilst work is still ongoing for brands like Visionaries, it may still ultimately fail to materialise into anything. At the same time it is equally as possible that a re-launch for the brand, or other 1980s brands could be 6, 9 or 12 months away. Time will tell.

For fans, the fact that the brand is being worked on right now should give everyone hope that a new look product will ultimately see the light of day over the coming years. AGE Inc. are 100% behind the brand, if they could have their way there would be new toys, TV and film franchises out right now, but it's not that simple. Hasbro Inc. is, as shown by their trademark applications, still very much thinking about the brand. The future is bright.

Shortly after the announcement that Mattel was looking to bring 80s line Dinoriders to the big screen Hasbro files a new Trademark application for KNGHTS OF THE MAGICAL LIGHT. We have already talked a little about the Visionaries Reborn project so this announcement comes to little surprise. We believe that Visionaries will return a few years after Micronaughts, based on information from our sources.

We received word from an extremely credible source that work on the Visionaries relaunch is still continuing and that a movie or tv release is in the works with a big director having discussions with the studio with an announcement being expected to be sooner rather than later.

During their panel at SDCC 2017 IDW Publishing show a single slide containing the original Visionaries logo, which is also released bia their Twitter account, announcing that more details will be released in the future. 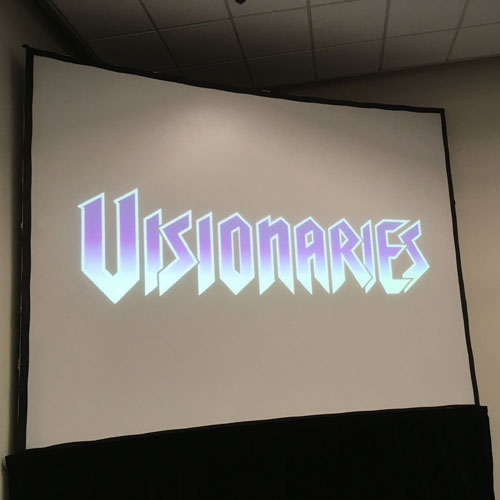 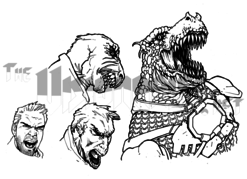 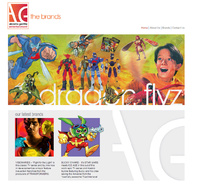 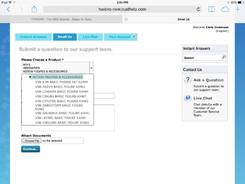 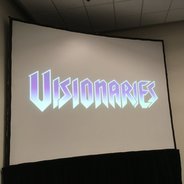