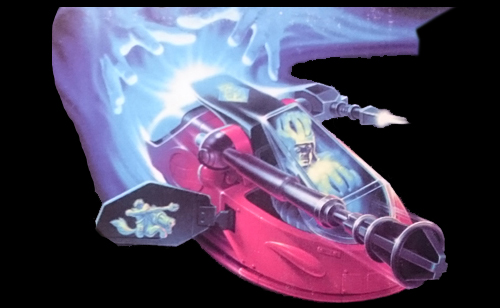 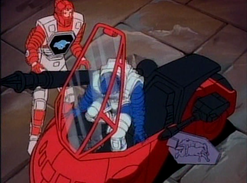 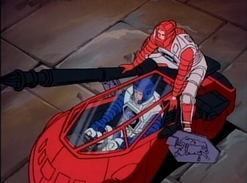 In a previous version of TheVisionaries.net we covered some factual information on some concept motorbikes which carried a resemblance to the Lancer Cycle, however this article is going to focus on the design process which lead to this motorised shoe like bike.

We were lucky enough to speak, on several occasions, to the folk at AGE who originally designed the Visionaries concept along with speaking to the former head of Hasbro UK (who also had involvement in the Visionaries line). So let us begin by going back in time and look at some early concepts of what would become the Lancer Cycle.

During one of our conversations with Abrahams Gentle Entertainment, regarding some of the Visionaries concept art which we own, they confirmed that three vehicle designs that we had were early concepts for the Lancer Cycle. We were surprised by two of them, the third we already had down as a Lancer Cycle concept (which you will see later).

The first two designs were quite early on in the Visionaries concept process and bear little resemblance to the final product. The first of which is the Bolo Shooter, a hover vehicle which looked more like an aircraft concept than a futuristic motor cycle. The only part of this design that has any similarity to that on the Lancer Cycle is the large cockpit, on which a hologram would be placed.

The Bolo Shooter, like many Visionaries concepts we have seen, featured extra play actions (a little like Masters of the Universe vehicles such as the Bashasaurus and Landshark). The Bolo Shooter was to featuring a firing Bola weapon which would entrap its enemies. Here is a little snip from Wikipedia on Bolas and Bola Weapons

Bolas (from Spanish bola, "ball", also known as boleadoras, or Inca ayllo) is a type of throwing weapon made of weights on the ends of interconnected cords, designed to capture animals by entangling their legs

The weapon would have fired using a pump action motion indicated by the arrows in the concept design. 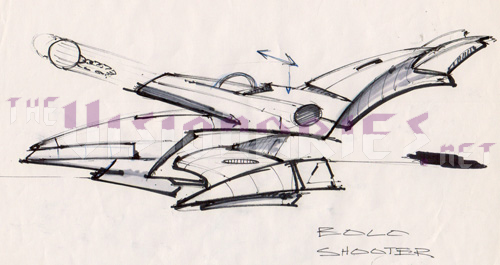 Another early and bizarre concept for what would become the Lancer Cycle is this tracked vehicle. We thought this may have been an Air Raiders concept, as the same design team was used on both, but once again AGE confirmed that this was also another concept for the Lancer Cycle.

This concept looks much more like a tank, but has some nice details within the tank tracks. Again the cockpit is really the only part of this design that looks anything like the Lancer Cycle.

The third design is the one which we instantly recognised as an early concept for the Lancer Cycle. The single large wheel at the back was kept on the final design, as was the large angled front of the cockpit, although the front wheels would be hidden. This concept, which includes the markings 70, is longer than the final design for the Lancer cycle and has an interesting claw like bumper on the front. Once again the design carries a very 80s futuristic sci-fi feel to it.

The back of the cycle is far more bike like than any of the other concepts, or indeed the final Lancer Cycle design. This, and the previous Tank concept, both feature no weapons and at this stage there is no sign of the lance.

Final Design for the Lancer Cycle

The final concept design which we have is pretty much a final product, although interestingly the lance is now on the port (left) side, although this could just be that the image was mirrored when produced. This is the only concept of the Lancer Cycle featured in this article which we do not own a physical copy of, we only have the digital copy. It is quite a small image in blue ink which appears as a water mark on a Visionaries product bible produced by AGE used to try to sell the idea of bringing Visionaries back through the Visionaries Reborn live action television / movie series.

There are various design notes around the image although we are unable to read them. The most interesting thing about this design is that it is a later concept of Witterquick who is piloting the Lancer Cycle and not Ectar!

When companies start to produce packaging they will make proof cards, a single piece of card with the entire box printed over it. The Lancer Cycle version is numbers #7820 and was produced on the 4th June 1987. We are luckily enough to own the original proof card, which measure 76cms by 63cms 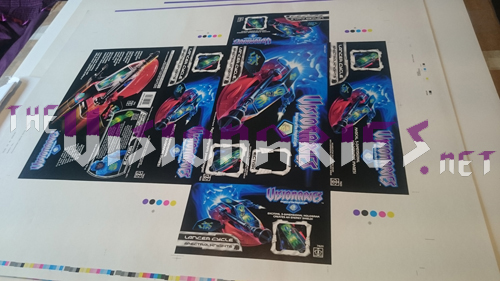 One of the lesser known facts regarding Visionaries, and many other Hasbro brands during the 80s, was the involvement of Europe on the final released products. For Visionaries the packaging design was often done in Europe, and thanks to the former head of Hasbro UK's boys toys line we were able to pick up some early box flats produced during the RND (research and development) phase.

Both English and Multi-Lingual Language versions were worked on in Europe and we are fortunate enough to own both. You will notice that the barcode is missing from the box an in its place is the signature of Andy Couzens, the head of Hasbro UK at the time. 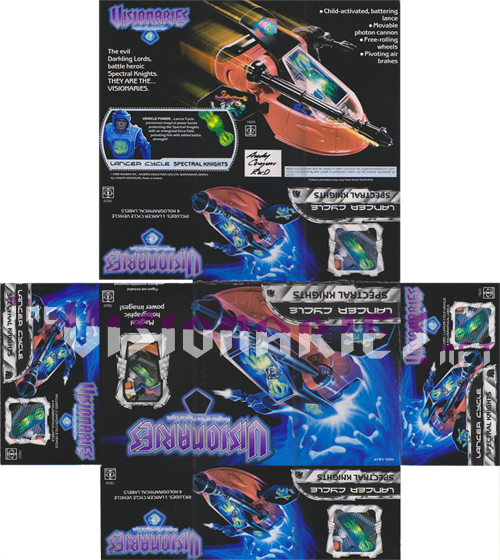 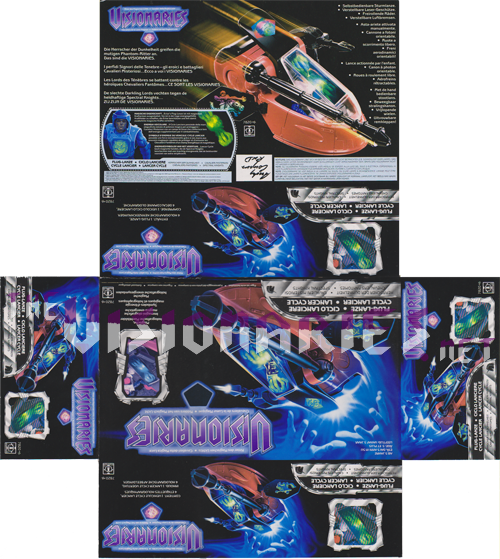 We hope you liked our look back at this little bit of history within the Visionaries line. The Lancer Cycle was, probably, my least favourite vehicle of the four released Visionaries vehicles, however after learning the history and gaining some of the concept art that has changed. We now own a mint in sealed box version (US box) to go alongside the loose one we had as children. 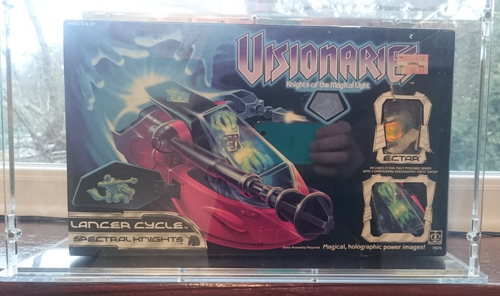